Marialuisa Garcia, most affectionately known in the Leather community as Velvet-Storm (She/They) identifies as an Afro-Latinx, Non-binary D-type. One could say that They are a force that is authentic to Their name: strong, frightening, ferocious, loud. And they wouldn’t be entirely wrong. There is a story behind Their eyes. One of survival. A story that tells the tale of how a beacon of strength came to be.

Velvet was raised in a D/s household where Their law enforcement mother was the Dominant in the home. The second child of three, Their relationship with Their parents was a rocky one. Velvet overcame a drug dependency while pregnant at 18: a dependency created to snuff out years of mental, physical, and sexual abuse from the age of five until They were disowned and displaced at 21. At the age of 24, They enlisted in the United States Navy, where They endured Military Sexual Trauma and as a result, contracted HSV and HPV.

The tattooed Jerseyan experienced Their first taste of Leather in 1995 when Their then partner took Them to Their first Folsom Street Fair in California. From there, They dedicated Their time to working in the background: volunteering at events and conventions and working with LGBTQ+ organizations. During this time, They knew that something was not quite right mentally, and in 2014, They were finally diagnosed with PTSD, anxiety, and depression. With the support and encouragement of “Mama” Vi Johnson, it was then that They brought Their mental health platform to the forefront, first running for and winning the Ms New Jersey Leather title in 2017, and then becoming the inaugural Leatherwoman of Color in 2019.

During Their time in service to the Leather community, Velvet has served on many educational panels throughout the communities. Their belief to listen, learn, and communicate has been a position of prominence during the following meetings: The Lesbian Sex Mafia’s H(ER)Story, the 757 Spectrum Munch’s Puerto Rican and Leather panel, Philly Black Munch’s Serving from the Heart, MAsT Metro New York’s Impact of Mental Health, Widener University’s Annual Human Sexuality panel, and WiLa’s Leather Sistahood and Mental Health. They have also sat on the POC Leadership panel at the Master/slave Conference, and presented their class, I’m Not an Angry Black Woman…I have Mental Issues, now known as Know Me  at Southeast Leather Fest.

Velvet is the Co-Founder, Historian (2015 – 2020), Vice President (2015-2017) and Secretary (2018-2020)  for the Mid-Atlantic Onyx Pearls, where They served on the Public Relations Committee (2017-2020), a full patched member of the Vixxens Leather Club, a member of MAsT Metro NY, an associate member of Hooker and Boys, former Secretary of MAsT Cherry Hill (2015-2019) and former Fundraiser Coordinator for the Ms Gathering (2015-2019).  Besides volunteering for other organizations and community events, They also worked with the BHT Foundation (formerly Brother Help Thyself), an organization that existed to help, build, and transform LGBTQ+ communities by providing financial support to local nonprofits.

Though Velvet suffers from mental health issues due to the trauma from Their childhood and Their time serving the United States Navy, They and Their retired Service Dog,(now Emotional Support), Mr. Louie, continue to serve the community as much as possible. With an open-door policy where leatherfolx can reach out to Them for support in the community, Velvet is an advocate, protector, fighter, and educator with a voice loud enough to fight the many  isms we face in our communities. But beneath that tough as nails exterior, there is so much more. Velvet is a mother, grandmother, aunt, sibling, and friend. A survivor who became a champion of our community as a whole – who has no plans to quiet Their voice anytime soon.

When Velvet isn’t spending time with chosen family, caring for a nurturing Mr. Louie or watching Their favorite K-Dramas, you can find Them teaching classes in the Leather and LGBTQIA+ communities.

Diamond Pearl (They/She)  is the current reigning and first  Mx. Philadelphia Leather and a member of the Mid-Atlantic Onyx Pearls.

Diamond’s pronouns are they/she. Diamond flags yellow and red heavily on the left and blue on their right. During their title reign Diamond has used their platform to raise awareness for the marginalized. Using their title to talk to US Senators and elected officials, risking public arrest during protests, and raising money for organizations in need of funding.

The reason? “Because I’m about the action!” Diamond also continues to build safer spaces for Trans and Non-binary community members by hosting their Bar Event, “What’s Your Pleasure?” Raising money for Morris Home as well as hosting a virtual Trans and Non-Binary town hall and Panel for the east and west coast. 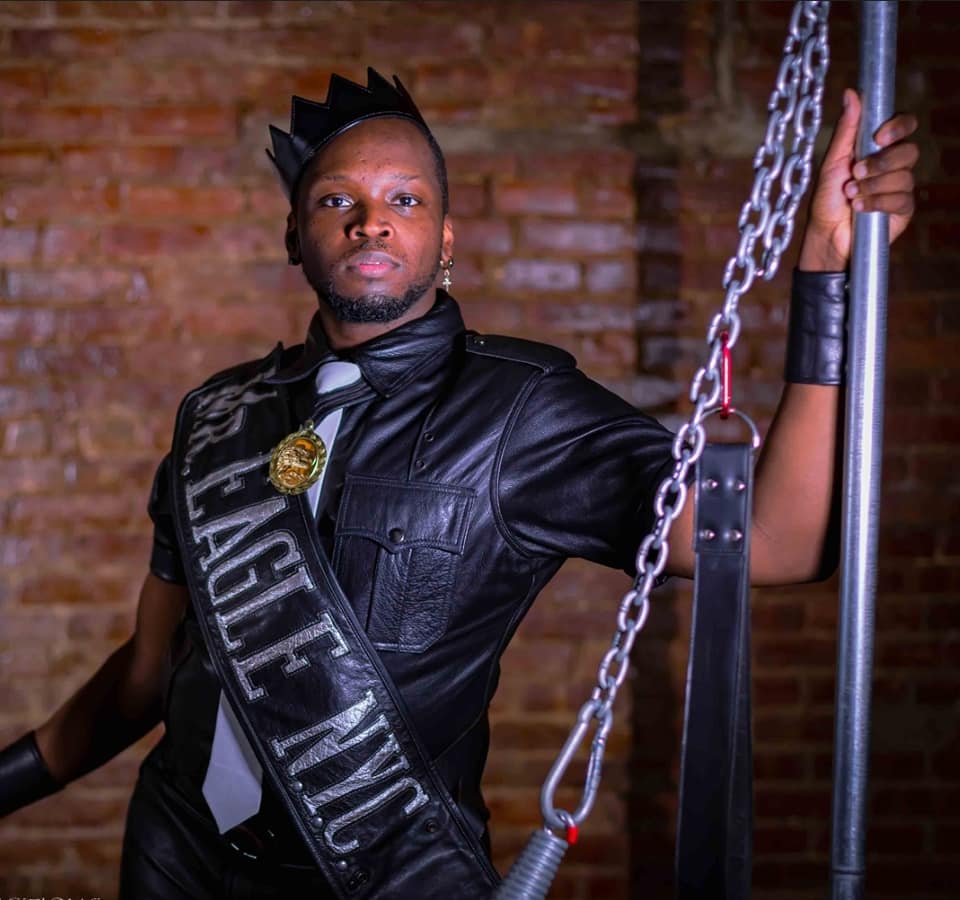 He Is a founding member of The Kink Collective, Co-Creator and Founder of Gotham Kennel Club, and New York Age Players Munch and Is also the current Vice President of ONYX NY/Northeast. He holds the title of Mr Eagle NYC 2022 which he was the youngest person to do so and previously held the title of Northeast Puppy 2020 and 2021 which he was the first Black and Latino Pup to win the title.

Kenzo has emerged as a leader among his peers by planning, sponsoring and hosting several Queer Inclusive kink events, creating safe spaces for anyone and everyone In the community to explore their sexuality and kinky curiosities under his gentle protective tutelage. And because of that become one of the recipients of the ONYX Mufasa Ali Lions Strength Award for 2022.

Kenzo’s fierce spirit and boundless Imagination are ignited by two mantras which guide and fuel him: “Be the change you wish to see In the world” and “always live in your true authentic self. 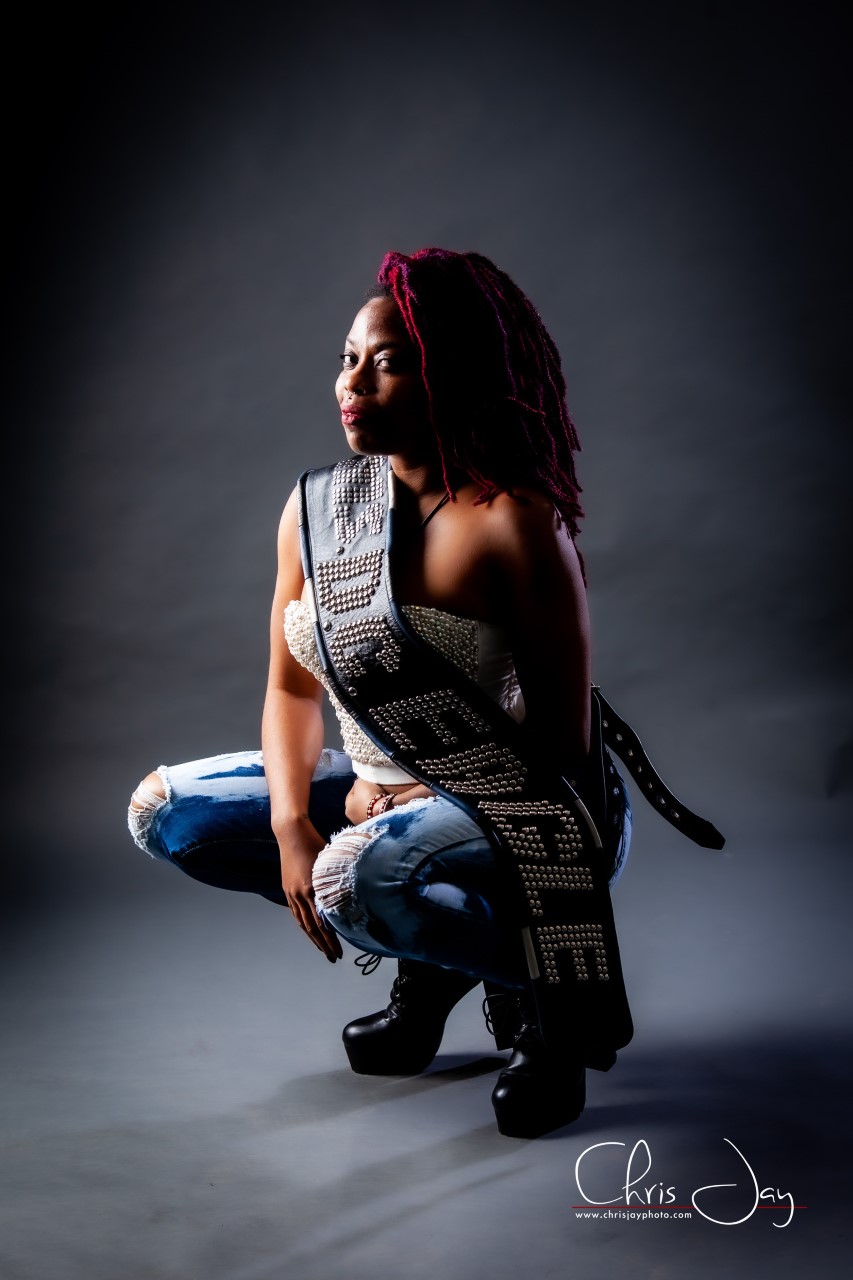 Goddexx Symphonee (Yo/She/They) is a Black, Bisexual, Non Binary, LeatherFemme who has been active in the Baltimore and DMV scene for over 10 years. She went looking for her local scene back then because she wanted to find some kinky people to do kinky stuff with. And she found so much more. After some time, Goddexx Symphonee served as Sgt At Arms and President of the Mid Atlantic Onyx Pearls and as an organizer for Perverts of Color to fulfill her need to give back. Calling on her unique personal experiences and knowledge, she has participated in panels across the country and taught a variety of classes ranging from “Strap On Basics” to “Intersections of Kink and Spirituality”. She is currently representing her local community as Ms DC Eagle 2020 and assisting others in their endeavors. While she has held a few roles since entering the scene, she currently identifies as a Dom leaning switch, Sadomasochist, and Cat. Outside of kink, she is an initiated Sango Priest in the Isese/Ifa Orisa tradition, avid karaoke lover, cat mom, and amatuer gardener. 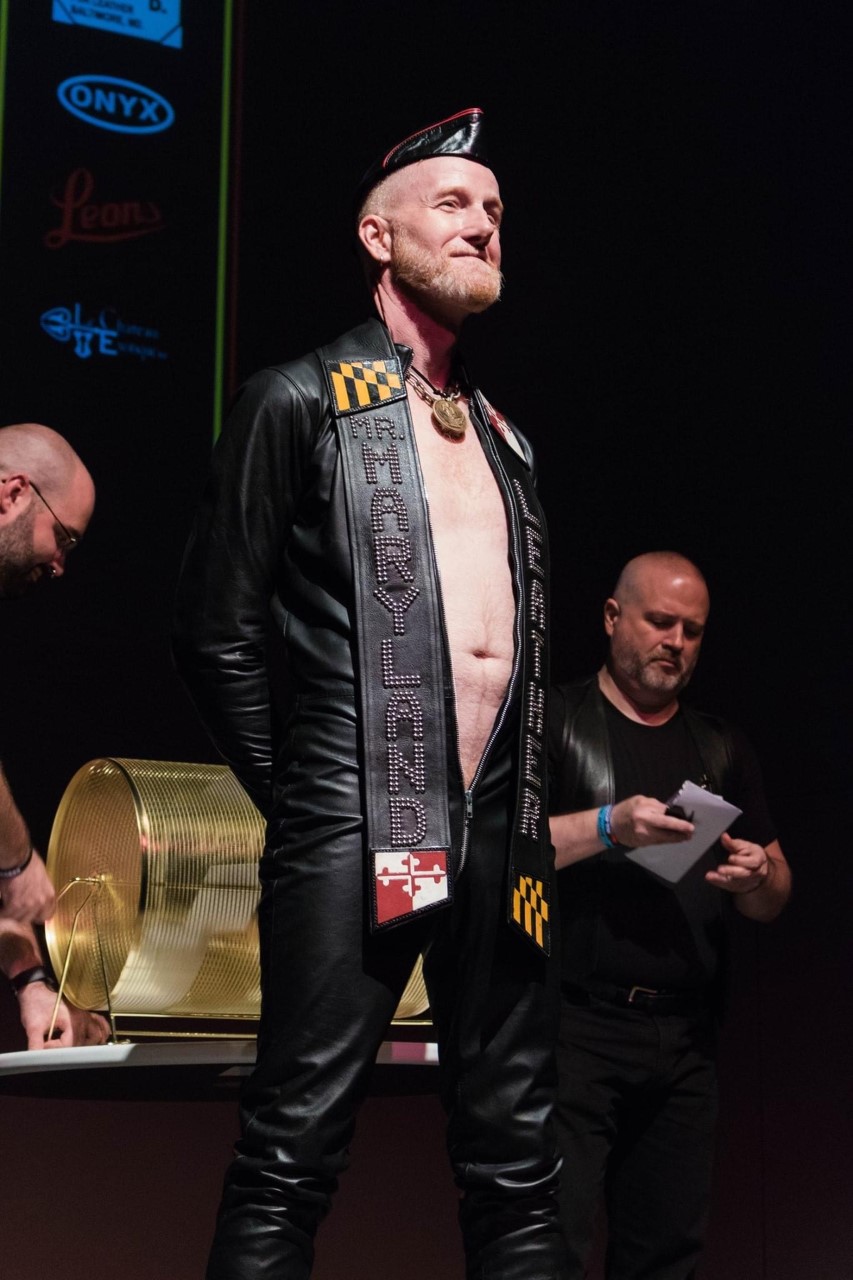 Scorpius Red is a passionate HIV health educator, Homeless Services administrator and advocate. An Associate Brother of ONYX Mid-Atlantic, he describes himself as a queer poly switch boy/Daddy, who enjoys the rainbow of fetishes. When not tied up or getting beat/beating on someone, He enjoys gaming, especially virtual reality games like Beat Saber, guerrilla gardening for the neighborhood, watching Attack on Titan anime, and relaxing reading manga in his hammock… where he might be joined by one of his two cats. He currently resides in Louisville, KY with his partner/Daddy/boy Esoteric Wolf Onyx, Mr. Kentucky Leather, 2018.